💨 Get Started in IAQ

What Would Ella’s Law Mean For IAQ Regulations?

Air pollution was listed as an official cause of death for the first time ever in 2020. The tragic case has renewed discussion about possible indoor air quality regulations.
Last Updated on July 21, 2021

The newsletter from KGG designed specifically for your business. We’ll highlight industry news, market trends, and bring you every resource we have.

The World Health Organization (WHO) estimates that 3.8 million people die from indoor air pollution every year. In America, air pollution is linked to roughly 30,000 premature deaths, serious health concerns and reduced life expectancy. As our understanding of the built environment’s role in health and wellness continues to grow, air quality is a top concern. Coupled with an increased focus on indoor air quality because of the pandemic, it begs the question–what might come from greater air quality awareness and demand? And could new indoor air quality regulations be on the way?

The Campaign for Ella’s Law

Discussions about possible IAQ regulations were revitalized by the tragic death of a young girl in London. In late 2020, a U.K. coroner ruled that air pollution was a significant cause of her death. His decision resulted in the first official recognition of air pollution as a cause of death, and the first time air pollution exposure was listed on a death certificate.

Ella Kissi-Debrah was a 9-year-old girl from London, England who passed away in 2013. At the time, her cause of death was listed as acute respiratory failure due to severe asthma. Years later in December 2020, a coroner ruled exposure to excessive air pollution as a significant contributing factor in her death. The coroner specifically cited London’s excess levels of nitrogen dioxide and particulate matter as well as inaction by government authorities to reduce air pollution levels. Those pollution levels exceeded England’s, the European Union’s and the World Health Organization’s recognized legal limits.

Ella is the first person in the United Kingdom, and likely in the world, to have air pollution listed as an official cause of death. Her tragic case is in many ways a watershed moment for air quality and air pollution regulations.

In the years after Ella’s death, her mother Rosamund Kissi-Debrah, campaigned for her daughter’s death certificate to include air pollution exposure. Rosamund wanted the certificate to fully reflect the consequences that poor air quality had on Ella’s life.

While London is widely recognized as a city that struggles with high pollution levels and toxic emissions, Ella’s exposure was particularly bad. She lived on a major road in Lewisham, south of London. It was also the road she walked along daily to get to school. A U.K. professor argued that this level of consistent exposure to toxic car exhaust contributed to Ella’s severe asthma.

The 2020 ruling drew a direct connection between Ella’s death and the U.K. government’s failure to act and failure to regulate air pollution. Experts believe her case set a precedent for future air pollution deaths in the U.K. And, it could potentially influence similar decisions in other countries. Ella’s story and the recent ruling have drawn support for a new clean air act in the U.K called Ella’s Law. The law would either amend outdated air quality legislation or replace current air laws. Updated legislation would include a focus on indoor air quality.

While the proposed Ella’s Law would only apply to the U.K., the risks of poor air quality impact everyone. If one country takes serious action to regulate air pollution and/or indoor air quality, other governments could follow suit. The potential upcoming legal actions and/or societal advocacy for indoor air quality regulations would have huge HVAC and IAQ industry ramifications.

The 1955 Pollution Control Act was the first federal air quality legislation in America. This initial act was expanded several times throughout the 1960s, and would eventually become the Clean Air Act of 1970. With amendments passed in 1977 and 1990, this is the Act as we know it today. 2020 marked the Clean Air Act’s 50th anniversary, which is largely viewed as an environmental law success.

The list of official agencies that have some say or regulation is seemingly never-ending. An organization might have authority over a specific aspect of indoor air, but their jurisdiction ends there. It’s as if every possible environmental and public safety agency in America has one foot in the door. Here are just some of the many organizations that cover a portion of IAQ standards:

This patchwork of indoor air quality regulations and non-uniformed standards is not a new issue. The U.S. Government Accountability Office (GAO) summarized the problem in a report that dates back to 1980. “No one federal agency has responsibility for the problem. Until responsibility is assigned to one agency to oversee federal efforts, they will continue to be ineffectual.” Despite awareness that the severe lack of oversight and primary authority was a problem, not much has changed since.

In addition to the aforementioned organizations, various other federal agencies also have bits and pieces of regulatory power. And that’s only at a federal level. State and local programs as well as tribes can set stricter regional rules. Even though these organizations offer resources and recommendations–they are not formal regulations. And without implementation, they are simply suggestions.

What Could New Indoor Air Quality Standards Look Like?

There is a direct relationship between human health and air quality. Public understanding of that relationship has increased in recent years. It is also currently in the public’s eye more than ever before because of COVID-19. Currently, many different groups, professions and concerned individuals are calling for greater indoor air quality regulations.

Indoor air quality standards could include a plethora of options, such as:

What Would IAQ Regulations Mean For the HVAC Industry?

The obvious common thread between IAQ and HVAC is air. Air makes up our surrounding environment, indoors and out. But it’s the IAQ and HVAC industries that people turn to for control over their indoor spaces. What does this mean with regard to IAQ regulations? Demand.

Increased demand from homeowners, building managers, renters–pretty much everyone. Greater indoor air quality awareness and understanding of its importance and impact in our lives combined with official regulations equals demand from everyone.

That includes the everyday people who will take more of an interest in how to improve the air quality in their home or living space. It also includes demand at an institutional level (i.e. buildings, schools, offices, etc.) as public indoor spaces will have to make the necessary changes and adjustments to accommodate official regulations. It also means both immediate upgrades and ongoing regular maintenance to continuously reach standards.

Beyond demand, who knows what else could come from indoor air quality regulations! Perhaps more direct funding, like we’ve seen during the pandemic. Maybe it’ll cause greater industry collaboration. Or maybe more research which results in better products and solutions. It certainly would increase the number of available jobs and revenue. In the end, whatever it might look like, the HVAC industry would only stand to benefit from indoor air quality regulations.

The Future of IAQ

Flow is not just another newsletter. It's your HVAC business playbook! Sign up today

The HVAC industry is changing, and your business needs a team that can keep up. Our monthly insights will help you stay ahead of the curve with data-driven analysis of current market trends, historical comparisons, and insight from industry leaders. 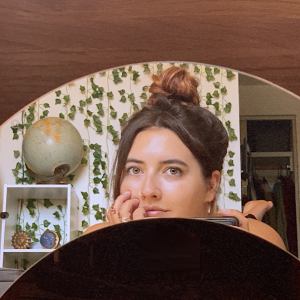 Are you an HVAC Contractor looking to get started in IAQ?